With the development of genome-editing technologies, genetically-engineered models have been generated and be widely used to study the complex pathophysiology of red blood cell disorders and to evaluate potential specific therapies. To better understand the role of different interacting factors in sickle cell events, Creative Animodel has performed three types of transgenic models: SAD mice, complex HbS and S+SA models, as well as HbS models obtained by knock-out or knock-in. With many years’ experience in animal model creation, our expertise is able to provide clients with incomparable scope of therapeutic area-focused knowledge. 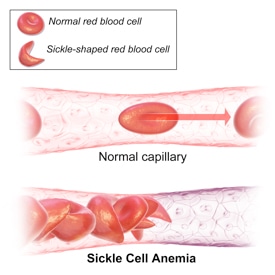 SAD mice
SAD mice express a special hemoglobin S (HbS) with two additional mutations of Antilles b23-I and D-Punjab b121-N which are known to enhance the polymerization process in sickle cell patients being bS-Antilles heterozygotes or compound S/D- Punjab heterozygotes.
The SAD mouse is a simple model to induce acute events related to blood hyperviscosity, vaso-occlusions and vascular alterations induced by hypoxia. It is also extensively used to evaluate potential therapeutic agents acting against the abnormal potassium efflux and dehydration of sickle erythrocytes.

Complex HbS and S+SA mouse models
Mouse models which express HbS and/or HbS- Antilles (b6-V, 23-I) have been designed in Creative Animodel to enhance the red cell content of hemoglobins (S or S+S-Antilles) and are able to form polymers by decreasing the mouse hemoglobin content and using mouse background with α- and/or β-thalassemic determinants.
The S+S-Antilles mice are anemic but have an increased and compensated hemolysis (increased reticulocyte counts, increased plasma hemoglobin and bilirubin levels and reduced haptoglobin), microvascular red cell congestion in lung and liver with inflammation and local areas of infarction.
These complex models are used to study the beneficial long-term effect of L-arginine and to evaluate the increased adherence of sickle erythrocytes and white blood cells to the vascular endothelium of cremaster.

“HbS-only” models obtained by knock-out or knock-in
To mimic the sickle cell diseases in human, this model is required to delay the repression of the γ globin gene after weaning which can be obtained by modification of the γ gene regulatory sequences. The ‘‘HbS-only’’ mice express a very severe sickle cell syndrome, with low hemoglobin blood level and a short survival.
Another “S-only” model, a knock-in model, is created by replacing the mouse globin genes by the human homologous genes and the γ gene of fetal hemoglobin. This model is slightly less severely affected than the knock-out “S only” model, and it is a relatively ideal model for the therapeutic gene replacement upon homologous recombination. 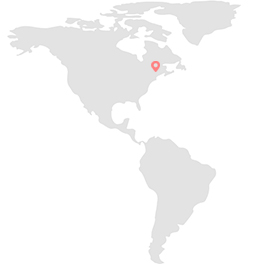